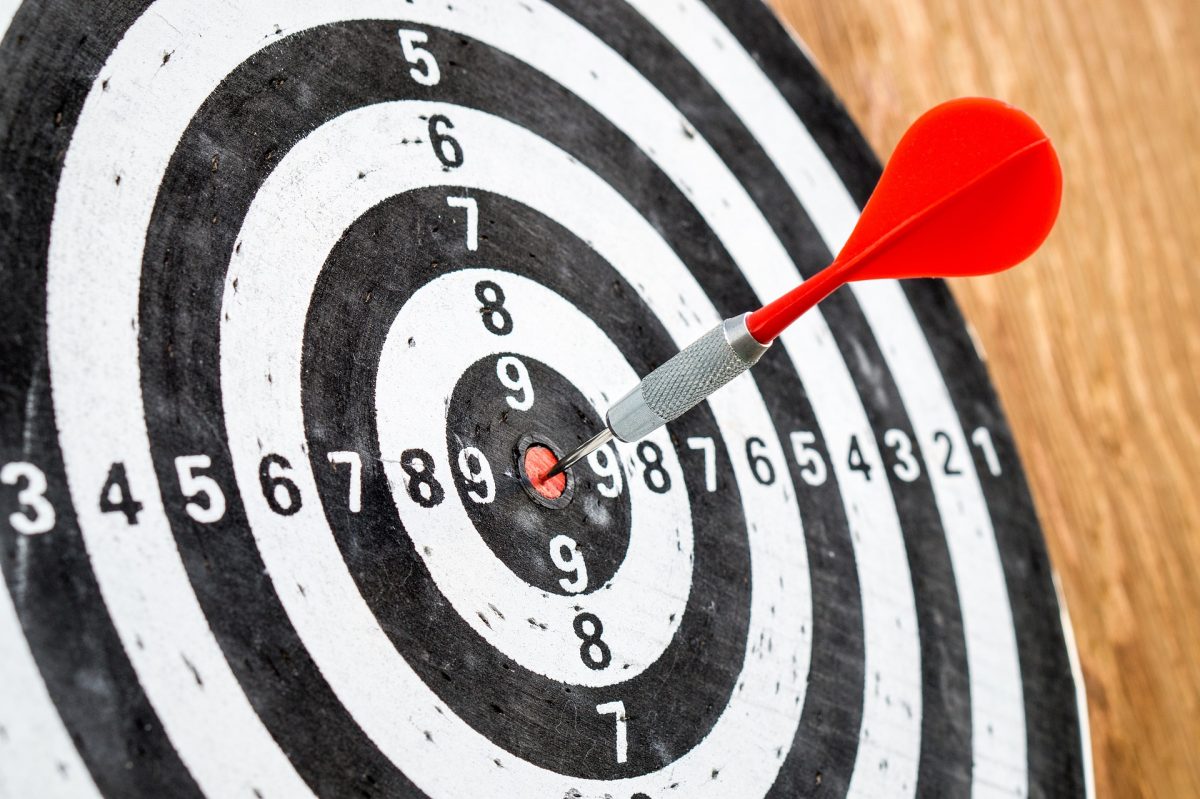 If you’re a competitive or professional athlete, you probably know a lot about goal setting (and achieving those goals). But if you’re not, I am going to share the life lessons I learned from a tremendous experience and privilege I had in my youth that set me on a path to successful goal setting and attainment.

I had the good fortune to participate in the Cumberland Valley High School football program under legendary head football coach Harry C. Chapman III. In the 1970’s and 80’s, Coach Chapman’s football program had an off-season workout component that would rival most 2019 major college football off-season conditioning programs.

The start of summer takes me back in time to the days spent taking part in Coach Chapman’s summer workout sessions with teammates in the CV gym and at the track.  And when I go back in time, I hear the same voice in my head that I heard 40 years ago, calling out his go-to words of encouragement…Fellas, get your weights!

The following quote, credited to former Dallas Cowboys Head Coach Tom Landry, provides readers with insight into Coach Chapman’s off-season program philosophy “… I believe in getting a team prepared so it knows it will have the necessary confidence when it steps on the field and be prepared to play a good game.” Coach Chapman’s off-season program emphasized the five following key goal-setting principles. Each one includes a “key takeaway” that you can use in your next goal setting exercise, whether that’s related to sports, business, a fight against cancer … or anything else in life.

Coach Chapman emphasized a team-first mentality, and the importance of individuals maximizing their athletic abilities for the betterment of the team. He would sit down with each player at the end of the school year and set specific strength, agility and conditioning exercise goals for their summer workout program.

Key takeaway #1: Have anyone responsible for achieving the desired goals participate in an exercise that sets both team and individual goals. This ensures buy-in, personal responsibility and accountability by all participants.

Coach Chapman held morning and evening workout sessions every Monday, Wednesday and Friday in the summer. It was understood that players would attend one session a day. And the sessions weren’t easy: They began with a weight-lifting period–players recorded the weight and reps attempted for each exercise–followed by a circuit of timed agility exercise stations set up in the gymnasium. After the agility circuit, Coach Chapman would take the players to the track for stretching and a recorded distance and/or a speed workout.

Key takeaway #2: Have a regular routine that everyone follows. This ensures a consistent level of effort is directed toward achieving their goals over an extended period.

“There may be people that have more talent than you, but there’s no excuse for anyone to work harder than you do.” – Derek Jeter

Coach Chapman would test and record key exercises (e.g., half squats, single and five rep bench, 40 yard dash, mile run etc.) for all players throughout the summer. To motivate and inspire players, he would post charts on the walls listing all players and their personal best for each recorded exercise. He also recorded new personal bests in his highly-sought-after “blue ink.” These methods encouraged players to continually strive to receive “blue ink” and a “good effort” acknowledgement from Coach Chapman.

Key takeaway #3: Have a method of regularly monitoring and tracking your progress. This ensures that you are taking the right steps to achieve your goals. If you determine you are not on the right track, you can modify your strategy or plan to ensure you achieve the desired results.

“When you’ve got something to prove, there’s nothing greater than a challenge.” – Terry Bradshaw

Principal #4: Create a Culture That Fosters Competition and Teamwork

Coach Chapman used to get really fired up when he was testing/recording players, especially when a player was attempting a new personal best. His enthusiasm was contagious, and often resulted in a crowd of teammates gathering around to encourage the player to succeed. Call it motivation, fear of embarrassment, or a sense of pride, but you always felt compelled to give it your all; and more importantly, to not let your teammates down.

Key takeaway #4: Establish a positive and competitive environment that fosters peak individual performance and team unity. This ensures a “team first” mindset and mentality for any team, group or organization

“You have to expect things of yourself before you can do them.” – Michael Jordan

Coach Chapman’s football program emphasized the importance of perseverance in all activities, both on the football field and in the classroom. This phrasing–along with persistence, mental toughness, hard work and overcoming adversity–were commonly-repeated themes that you heard when you were in the presence of Coach Chapman.

Key takeaway #5: Have the physical and mental toughness, as well as intestinal fortitude, to overcome the challenges that occur in football, the classroom or in life. In summary, I have found that very little is given to us in life, and most successes are the result of hard work, persistence and perseverance.

“Success is peace of mind which is a direct result of self-satisfaction in knowing you did your best to become the best you are capable of becoming.”- John Wooden

Coach Harry C. Chapman III’s goal-setting principles and coaching philosophy has had a positive impact throughout my life and for that I am truly grateful. I believe that Coach Chapman’s goal setting principles can be used by anyone to help ensure that they not only meet–but exceed–their desired life goals.

A special thanks to my close grade school friends and teammates #13 Harry C. “Four” Chapman IV and #72 Brian “Bull” Bullock for their contributions to the creation of this blog.

I would also like to acknowledge the countless hours the early 1980’s CV Football Coaching Staff — Coach Harry Chapman, Coach Butch Bricker, Coach Bob Crobak, Coach Ron Audo, Coach Joe Correal, Coach Tom Uhrich and Coach Jim Hess — invested in teaching young men how to compete and conduct themselves both on and off the football field.